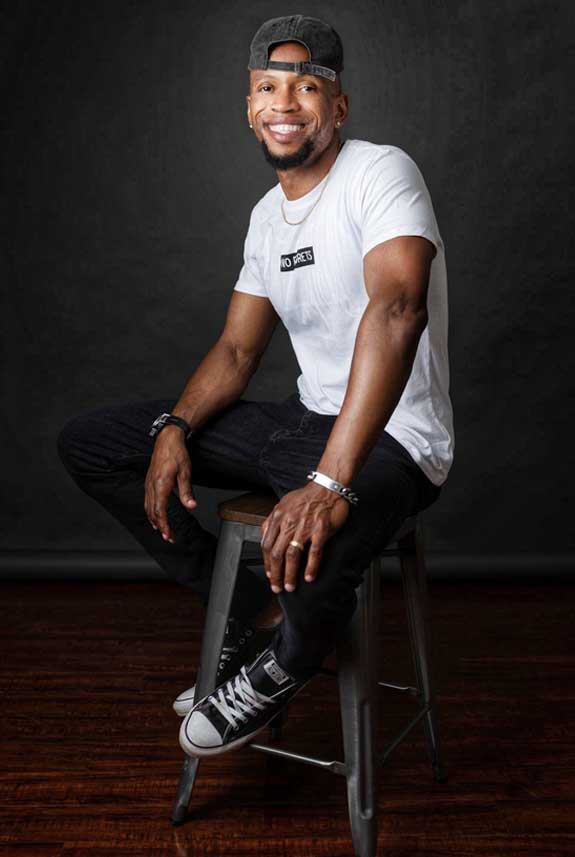 Vince Taylor is a natural entertainer.

Vince Taylor is a natural entertainer. He started out putting on shows for his parents in the living room at six years old. Then he went on to appearing on BET’s Black College Tour. Also he has shared the stage with a number of hot comedians. Some of those including Tony Rock, Michael Blackson, Guy Torre, Carlos Mencia and more.

Vince is the son of two ministers. Born in Albany, GA, he was then raised in St. Louis, MO. Finally, he settled down in Central Florida. He brings an edgy, yet refreshing worldview to the stage. His influences include Chris Rock, George Lopez, Sinbad, Adam Sandler and Martin Lawrence. During his performances he pours his life into each one, bringing an unmatched level of energy and charisma. That energy and passion is channeled into shedding light on issues within the community. Though he believes he is here to help bring both joy, and justice to the world, ultimately Vince simply loves to see folks happy and has dedicated his life to putting smiles on peoples’ faces.

Notice: Trying to get property 'ID' of non-object in /home/bonkerz/public_html/productions/wp-content/themes/Bonkerz-Child-Theme/class-wp-widget-tag-list.php on line 70
BET
Request Booking Info