Bonkerz Comedy Productions has been in business since 1984. All starting with Joe Sanfelippo, this company would not be where it is today, in 2020, without its impeccable team of business, and comedy experts.

Joe Sanfelippo, founder and President of Bonkerz Comedy Productions, has been producing Live and TV/Cable Performances since 1984. In addition to owning the 24-unit, Bonkerz Comedy Club chain, Joe has been personally involved in the careers of famous stand-ups and comic actors. CBS’ “Mike and Molly” star Billy Gardell, SNL co-star Darrell Hammond, Larry The Cable Guy, Carrot Top, Andrew Dice Clay, and even the legendary Sam Kinison are some of those people.

Joe has cast and co-produced several Comedy Central and Showtime specials. Some of which include, “Funniest Person in America”, “Showtime’s Comedy Club Network” and “Billy Gardell’s Road Dogs of Comedy” filmed on location in Las Vegas. Joe has also been involved in the comic casting portion for shows. He’s had his hand in casting for Star Search, NBC’s Stand-up for Diversity, ABC’s America’s Funniest people and NBC’s America’s Got Talent. He has placed over a dozen comics on shows, including America’s Got Talent Grand Finalist, “Grandma Lee”.

In his spare time, Joe loves to cook and entertain friends and family. His knowledge of the Las Vegas restaurant scene combined with his willingness to try new cuisines make him great company when you are in town. 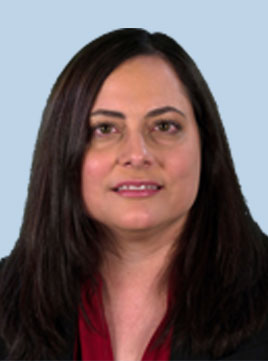 Part of the Team

Outside of the Office

In addition to her involvement in the daily operations of Bonkerz, Margaret travels extensively consulting with our venues and helping them to set up systems, work on branding issues, etc.  Her depth of knowledge is a major asset to Bonkerz Comedy Productions.

Margaret is active in charity work, helping to raise money for several charities including BASE Camp Children’s Cancer Foundation.  She is also a fantastic baker of both traditional and paleo friendly cookies, cakes and other delicious treats.

Part of the Team

Warren Durso, Director of Venue Acquisitions and Executive Producer, has been an important team member of Bonkerz since 1990. Along with extensive experience as a stand-up comedian, Warren is an expert at developing new venues as well as consulting with existing ones on all aspects of comedy operations. He is also in charge of vetting potential new comics who want to be added to the Bonkerz roster.

Warren’s understanding of the entertainment side of our operation is vitally important. In addition to being an established stand-up, Warren has written and appeared in several movie projects and served as a producer on the reality TV show Work of Genius. He has even been featured in an eight-page spread in Esquire Magazine titled Ugly.

Warren is a fun loving guy and renowned practical joker. Even in his spare time he loves filming absurd videos and just making everyone else laugh and have fun.