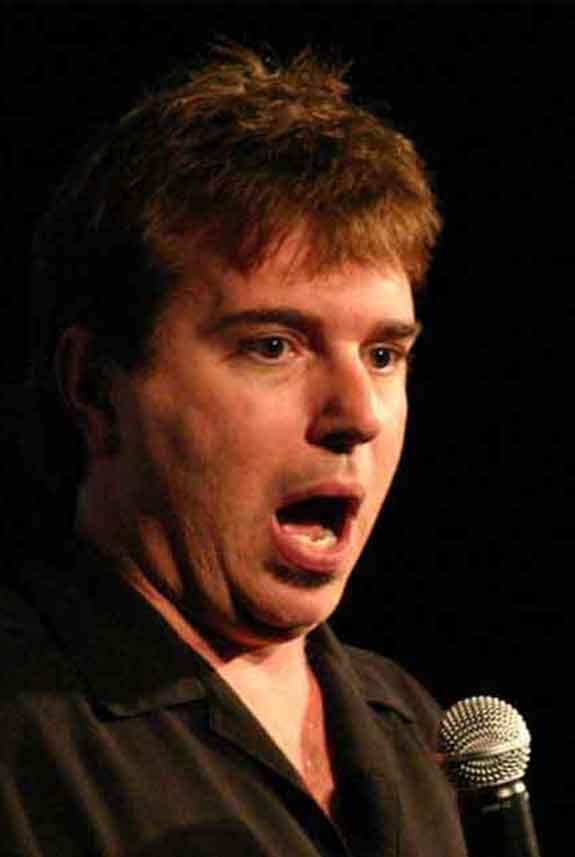 Rick D’Elia is from Boston and was a recurring sketch performer on The Tonight Show with Jay Leno.

Rick’s keen observational humor, quick wit and improv skills led him to the finals in the prestigious San Francisco Comedy Competition. Off-stage, Rick produced and sold three stand-up specials for Showtime (SHO). They are: Going Native, Green Collar Comedy Slam and The Godfathers of Comedy. In 2006 this “wicked die-hard” Red Sox fan had his first book published. It’s entitled: How to Talk to a Yankee Fan… a tongue-in-cheek look at the rivalry between the Yankees and the rest of America. His second book, Bathroom Bits, a collection of the “world’s greatest jokes”, is available on Amazon, Barnes & Noble and his website.

Not to mention, Rick directed and co-hosted Half Hour Happy Hour, a late night comedy show on the CW Network from 2008-12. He is currently in post-production with his comedy/doc, 1 Minute Comic (The Rob Sampson Story), featuring some of the biggest names in comedy today. They include: Bobcat Goldthwait, Bill Burr, Nick Swardson, Gilbert Gottfried, Owen Benjamin, Bobby Lee, and Kevin Pollack, as well as the late Mickey Rooney! In conclusion, Rick is a multi-talented artist that is a must-see!