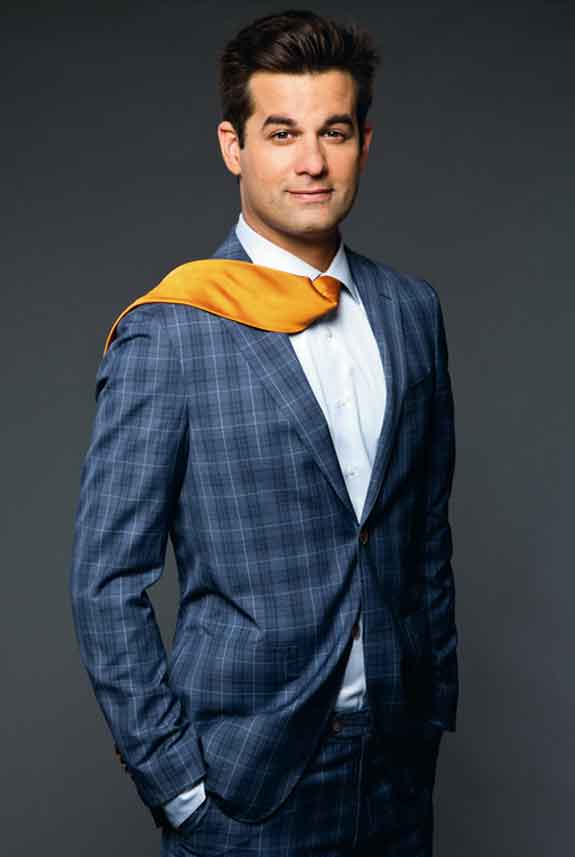 Michael Kosta is a standup comedian, TV host and former professional tennis star (ranked 864 in the world, as he is quick to self-deprecatingly admit).

From Tennis to Talk Shows

Michael Kosta started out as an athlete; he is quick to point out that he was once ranked number 864 in the world in professional tennis and earned over $11,000 on tour. Don’t laugh, that’s $11,000 more than you made as a pro athlete. Most recently, Michael made his debut as a correspondent on The Daily Show with Trevor Noah. Kosta is certainly no stranger to the world of talk shows. He was host and co-executive producer of The Comment Section for The Kardashian Network (formerly E!) and co-host on Fox Sports 1’s, Crowd Goes Wild.

Kosta gained attention as a comedian when he broke out of the HBO Comedy and Arts Festival in Aspen. His television career began after relocating to Los Angeles. Before both hosts drowned in their money and ended their shows, he made regular appearances on The Tonight Show with Jay Leno & Chelsea Lately. It doesn’t end there, he also performed on Conan, @midnight, Late Night with Seth Meyers, and Just for Laughs Festival in Montreal. Not to mention, he stars in his own comedy special, Comedy Central Presents: Michael Kosta.

As a host, Michael acts as a know-it-all correspondent for E!’s spinoff of The Soup, entitled The Soup Investigates. Recently, he guest hosted the hit G4 series, Attack of The Show. That stint ended after Kosta caused the show, as well as the network, to be cancelled (the media says that the network was being reformatted, but we know better). Kosta developed or starred in pilots for NBC, FOX, and MTV that were all colossal failures. Aside from The Daily Show, Michael is on Comedy Central’s Snapchat series, Worst Birthday, which is based on his successful podcast. He created and stars in the web series, “Sports. Kosta. Basement.” Kosta released his first comedy album on Comedy Dynamics Records, Comedy For Attractive People, in 2015. Please don’t listen to it if you are ugly.