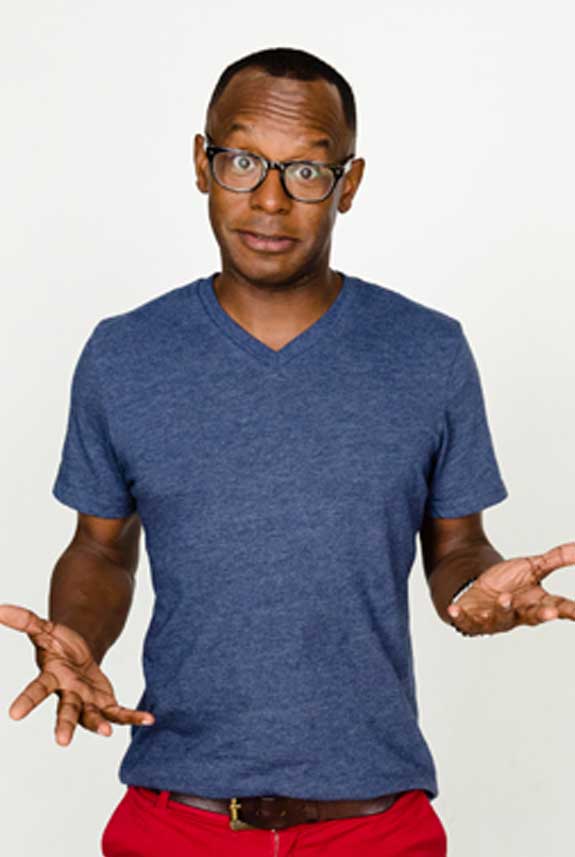 Marz Timms is an actor/comedian.

Marz Timms certainly has his hand in acting. First, he plays the character Van Howard on the Netflix original series “EASY”, seasons 1 & 2. Secondly, Marz also voices the character Jax in the Mortal Kombat video game. He was even the former In-Arena Host for the Chicago Bulls. Lastly, he featured in the NBC, Universal Television “Break Out Festival” at Second City in Chicago, and headlined the Milwaukee Comedy Festival.

His style has been called “nerdy, yet urban.” As a touring stand-up comedian, he has performed with many great acts. Those inlcude: Tracy Morgan, Guy Torry, Nikki Glaser, Eddie Griffin, and Louie Anderson. Not to mention, Jordan Peele, and Keegan Michael Key, of Comedy Centrals Key & Peele, SNL’s Bobby Moynihan, Anchorman’s Fred Willard, and Whose Line is it Anyway’s Wayne Brady.

Notably, he was an original member of Second City’s Brown Co. where he was a writer and actor. Similarly, he’s written and performed for Second City’s corporate touring company, Biz Co.