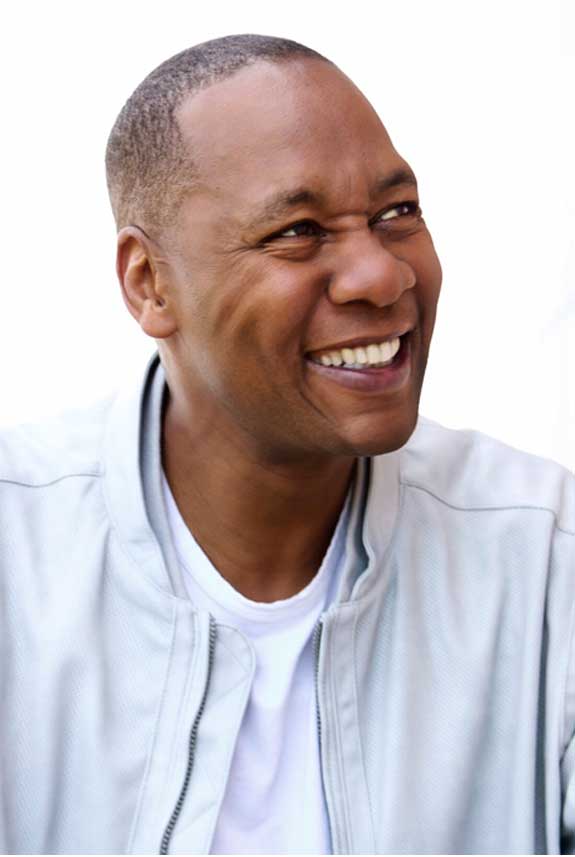 Mark Curry is an actor, comedian, and host, best known for playing ‘Mark Cooper’ in the hit ABC sitcom, Hangin’ with Mr. Cooper.

With a background in standup comedy, Mark tours worldwide, selling out comedy clubs and theaters with his lively energy and natural stage presence. His standup can also be seen on the HBO special, One Night Stand, Comedy Central Presents, and HBO’s DEF COMEDY JAM.

In addition to his live comedy performances, Mark is also a seasoned actor in both the comedy and drama spaces. He appeared in Martin for FOX, The Jamie Foxx Show, Tyler Perry’s House of Payne, Instant Mom for Nickelodeon, Black Jesus, and the ABC Family drama, The Secret Life of an American teenager, alongside Shailene Woodley.