We met Louie Anderson in 2008, when Bonkerz opened its second office in Las Vegas. We had a location inside Palace Station Casino and learned almost immediately that having a presence in Las Vegas created major opportunities for us.  Many casino corporate offices are Las Vegas based, even in situations where that company doesn’t have an actual casino in the Las Vegas Market.

We got a lot of great press inside the Las Vegas market which brought us to the attention of new potential clients.  Bonkerz also won Best Comedy Club in Las Vegas after our first year in the market and became established very quickly.

A few months after opening, Joe and Margaret were flying together on a redeye flight and bumped into Louie Anderson waiting for the same flight.  We struck up a conversation and before we even boarded he was explaining how he wanted to find a new location in Las Vegas.

We sat next to Louie for the next 3 hours and by the time we landed, we had structured a deal to produce a new live show for Louie in Las Vegas.  Talk about being in the right place at the right time!

Since Louie was leaving another location, we could not tell anyone about the show for 6 months.  We had to put the new show together, complete with advertising, marketing, ticketing and all logistics, in secret.  This meant things like convincing ticket brokers to sell our ticket without knowing who the headliner was.  It took a lot of work, but it was worth it.

Louie loves to drop by Joe and Margaret’s Las Vegas home for coffee and Margaret’s famous baked goods.  He is also a bit mischievous and is not averse to helping play a practical joke from time-to-time.

During Louie’s act he spends time talking about his family, growing up with his siblings and especially his younger brother Tommy who would egg on his parents to get Louie into trouble with him as a kid.  Tommy is also the sibling that most closely resembles Louie.

A few minutes later Louie walked in and only then did Margaret realize what happened.  Fortunately for all of us, she thought it was funny.  If not, it would have been no bakery for all of us that day.

Louie Anderson is not only one of America’s funniest comedians of all time.  He is also a great person, who is very kind and always remembers the little things.  He is a joy to work with and a great friend. 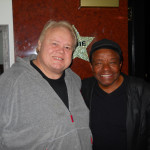 Louie Anderson and Little Anthony (from the Imperials) 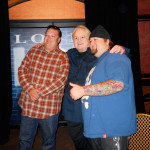 Louie Anderson with the Pawn Stars 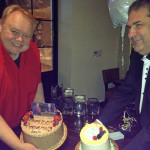 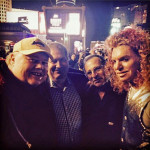 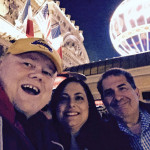 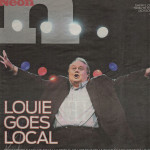 Louie Anderson on the Cover of Neon 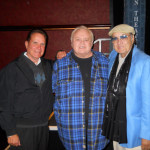 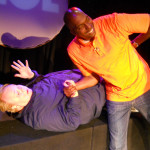