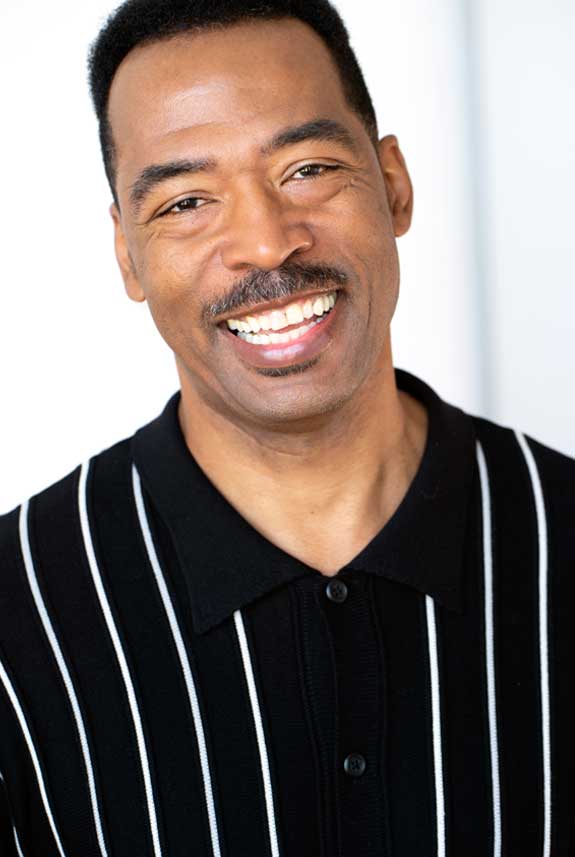 Ace comic, K Jay the Comedian, aka, Kelechi Jaavaid can walk into an empty room and have a good time jump off.

The seasoned veteran owns a singular, laid back style that turns a stand-up stage into his living room. In addition he turns the audience into his guests, and the evening into a funfest of topical humor. His sketches are witty depictions of everyday life via wry, bone-dry scenarios. Notably, he notched over 50-million views with his Freakout videos. His stock and trade are classic cool and common sense, finding humor in everyday life. In turn, he can be wildly crazy, like a kid having fun.

Just as the prime ingredients in retail marketing are location, when it comes to comedy, it’s all about timing. When the timing was right, K Jay went from Minneapolis, MN to Hollywood, CA. K-Jay is as smooth as a Swiss clock. In short, he’s a natural born cutup who gives your funny bone a true workout.

Standing at 6’ 6” and being classically handsome, he’s done modeling stints for many clients. Some clients include, Big & Tall Casual Male, Best Buy, Dinty Moore and Science Museum of Minnesota. In addition, his fitness workout was featured in Minneapolis Star Tribune segment “How I Got This Body”, in 2012. He played in NBA summer league in the late 1980’s and 1990’s, and has three summer Pro-Am championship in Minneapolis. He has also acted at nationally renowned Playwrights Center and Brave New Workshop with a full scholarship for improvising acting. Currently, K Jay co-hosts the cable access show,” Man Up”, the men version of “The View” (except we don’t talk over each other). K Jay facilitates healthful information to enhance self-worth and relationships with sharing wit and wisdom on topical subjects.

“It’s a pleasure to work with talented comedians, soaking up the game. I’m grateful for those experiences.” He adds, “My skill set is versatile. I’m a storyteller and traditional comedian, but with my own style. I observe life and give it my own comical twist, subject to job interviews and friendly conversations with the police. My niece’s wedding serving cereal at the wedding reception. Yeah, life can write a lot of material for you.”

In his home Twin Cities, engagements include, Minnesota Fringe Festival, and being a finalist in Minnesota Funniest Person contest at Acme Comedy Club. He plays at Rick Bronson”s House of Comedy, and was selected for the SLO festival’s top 40 in March 2-5, 2017. He also played the Lead role in “Darnell The Clown”, and a supporting role in Villian in 3 Million Villians in 2017. In addition, K Jay is co-producing a documentary series, “In Between Unknowns”, based on the behind the scenes journies of being an artist & athlete.