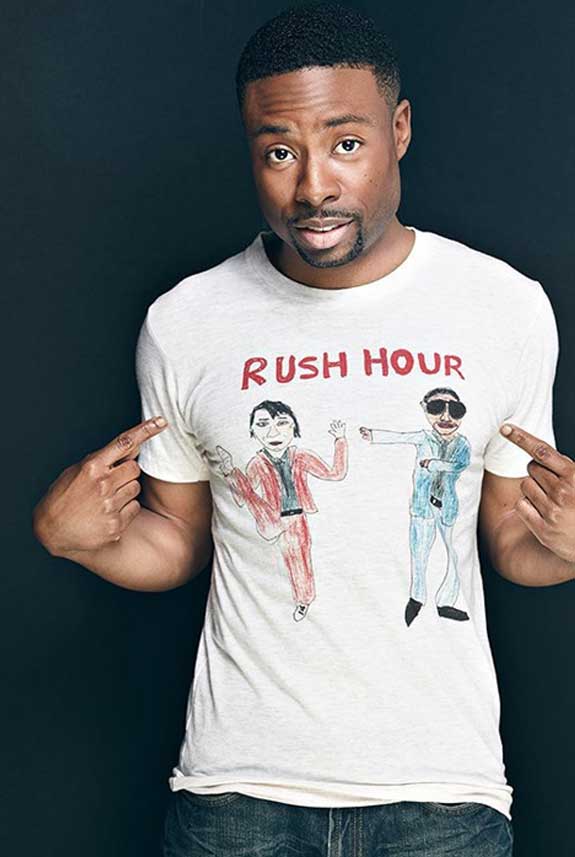 Justin Hires was born in St. Petersburg, FL and raised by two very supportive parents. Above all, he always had an extremely notable gift to make others laugh.

Justin Hires is certainly a multi-talented actor, comedian, and writer. Notably, Hires is seen playing Bozer in the CBS reboot of MacGyver. His past credits include starring as Detective Carter in the CBS action/comedy Rush Hour, and portraying Juario in the box office success 21 Jump Street. Not to mention, he is recurring on Comedy Central’s popular sketch comedy show Key & Peele. In between filming, Justin is seen headlining his own nationwide stand-up comedy tour. Next up for Justin- conquering the hip hop world. To clarify, he just released his debut hip hop mixtape under the moniker J. Hires, entitled Chapter 1: I Do This Too. It’s available now, on all music streaming platforms.

While attending college at Clark Atlanta University, Justin was cast in two feature films- Stomp the Yard and The Gospel. Justin moved to Hollywood after receiving his Bachelor of Arts degree in Mass Media- Radio, TV, and Film, CA. In addition, he started performing stand-up comedy and landing television and film roles. Along the way, he accumulated millions of views online with his personal sketches and vlogs.