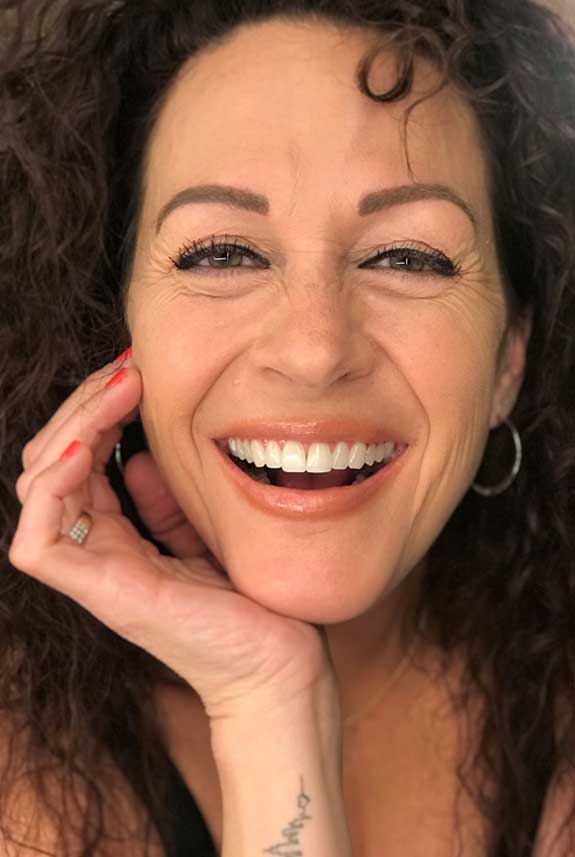 This mother of two has always had an appreciation for performing and making people laugh, but didn’t discover her true calling until July of 2006. Since then, Jill Kimmel has worked with Jimmy Fallon, Norm Macdonald, Jeffrey Ross, DL Hughley and other great comedians at Bonkerz comedy club, Stand Up Live, the Improv comedy club, The Comedy Store and other respected venues around the country. Jill has also done numerous charity events and was personally asked to emcee a fundraiser by world-renowned musician Nils Lofgren, who also performed at the event. On the last Wednesday of every month, Jill books and hosts the “Comedy Gold Showcase” at Stand-Up Live, which culls together the best and brightest from the Valley’s booming comedy scene. Jill Kimmel has appeared on ABC’s The Jimmy Kimmel Live show and Laughs on FOX.  Every Tuesday night you can catch Jill hosting her own comedy show at Dos Gringos, a sports bar in Tempe, AZ, where the comedy is mediocre and the food is Mexican. Plus, you can now hear Jill on the radio as the brains and voice behind the weekly segment “What A Mouth” on the “Lu Valentino Show.”

Jill Kimmel is a mother of two children and has always had an appreciation for performing and making people laugh.  The funny Mom didn’t discover her true calling of stand-up comedy until July of 2006. Since then, she’s worked with Saturday Night Live Alumni Jimmy Fallon and Norm Macdonald, the Comedy Central roast master Jeffrey Ross, Robert Schimmel and many other great comedians at Stand-Up Live, Bonkerz Comedy Clubs, The World Famous Comedy Store, the Improv comedy clubs, The Laugh Factory, Catch A Rising Star and other respected venues around the country.

Jill was personally asked to emcee a fundraiser by world-renowned musician Nils Lofgren, who also performed at the event, and has been a favorite at the comedy events held by The Jack Morton Foundation, an Arizona-based group that raises money to fund pediatric cancer research. Jill was the only female in The Comedy Squadron, a group of five very, very funny comedians who were hand selected by Armed Forces Entertainment to perform for the U.S. military. In the spring of 2013, the group traveled to Germany, Belgium and England to provide some much-needed comedic relief and help boost the morale at 8 different military bases. It was the experience of a lifetime that Jill cherishes as one of her greatest comedic accomplishments to date.

The summer of 2014 brought Jill and her own group, The Comedy Battalion, to Italy and Turkey for yet another military tour, which was just as rewarding as the first. October 2015 was time for a third tour which included England, Belgium, Germany, Kosovo and the Netherlands with another group, World Class Comedy. She will be embarking on her fourth tour in April 2016. Every Tuesday night you can catch Jill hosting her own comedy show at Dos Gringos, a sports bar in Tempe, AZ, where the comedy is mediocre and the food is Mexican. Five years running…Jill Kimmel has an intimate love affair with Converse sneakers and has every color and style that they make!!! Don’t miss this up and coming talent at a comedy club, casino, college campus or Converse sneaker outlet near you!