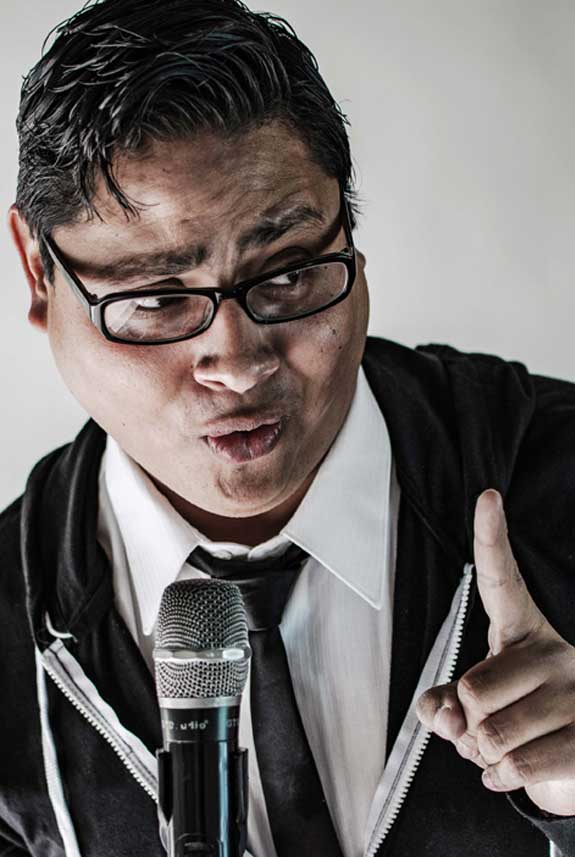 Gibbs Saad, AKA Gibbs The Comegician! is a stand-up comedian (and sometimes magician). His weird humor and unscripted stunts have earned him recognition as one of the most original performers in the Southwest.

Above all, Gibbs is praised for his sharp wit and bizarre, but entertaining humor. He quickly gained notoriety for his standup comedy and improvisational skills As well as his mastery of audience participation acts. He is based out of El Paso Texas, and has been performing for large audiences for over 20 years. Notably, Gibbs became a professional working magician before he even graduated high school. Afterwards, he worked at the nationally renowned Illusions Restaurant located in downtown Indianapolis, Indiana. Consequently, he developed his magical skills learning from seasoned pros. Opportunity came, and he was able to perform for local political figures, NBA & NFL players, and not to mention, several events for fortune 500 companies.

In 2007, Gibbs first began his journey into the stand-up comedy world as Gibbs The Comegician! This character combines equal amounts of standup comedy and magic. Hence, The Comegician. As The Comegician!, Gibbs has performed at many comedy clubs. Some of those include: The Hollywood Improv, Laff’s Comedy Café in Albuquerque NM, Rivercenter Comedy Club in San Antonio TX, El Paso Comic Strip in El Paso TX, The Comedy Club at Pechanga in Temecula CA. That’s just to name a few. Saad has even headlined events such as The Powder Keg Mountain Festival in Taos New Mexico. When not on the road, Gibbs is a regular host at the El Paso Comic Strip.