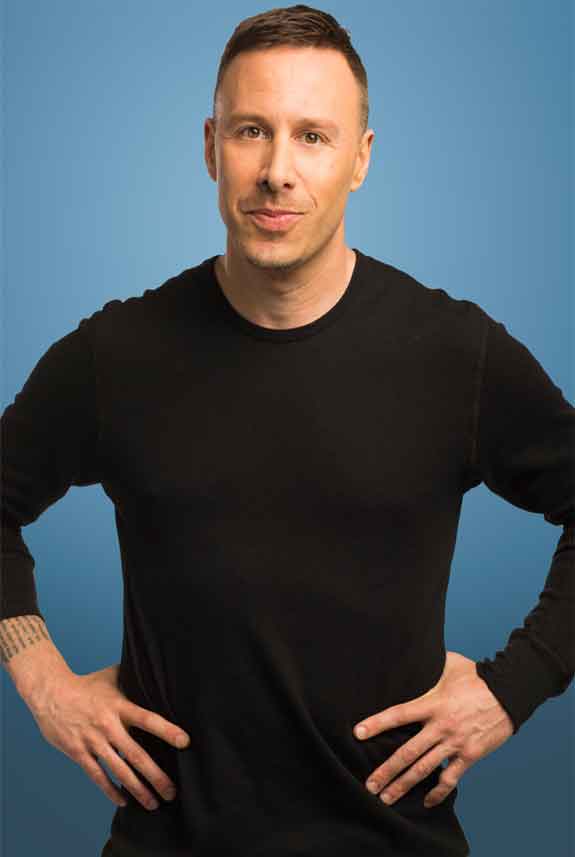 Dov Davidoff is an American comedian who performs regularly in clubs and colleges throughout the country.

Firstly, Dov Davidoff currently appears on HBO’s Crashing, and NBC’s cop drama Shades of Blue with Jennifer Lopez and Ray Liotta. Next, Dov was on The Tonight Show and Late Night with Jimmy Kimmel. He also had a lead role alongside Mark Wahlberg in the movie, Invincible. In addition, Dov Davidoff performed two one-hour stand-up comedy specials for Comedy Central and Showtime. Lastly, he recently had a memoir published by St. Martin’s Press entitled ‘Road Dog’: Life and Reflections of a Standup Comic from the Road.

In Road Dog, Dov turns the blistering insight frequently displayed in his comedy on himself. As a result, Davidoff proves that years spent observing America from the stages of comedy clubs reveal all kinds of truths about the stuff we tell ourselves to get by, and the strange baggage we carry with us. In his case, that baggage is truly strange. Above all, Road Dog chronicles his fractured childhood days spent in a New Jersey junkyard with a gruff Jewish father and commune-loving hippie Protestant mother. With an eye for self-reflection, and a penchant for hilarious irony, Dov pulls back the curtain on a life hard-made on the road. In conclusion, Road Dog is by turns hysterically funny and painfully honest. Dov tells it all with an urgency, and surprising literary skill. Check out this guy’s set—you’ll want to stay for the encore.

Notably, he made guest or recurring appearances on various TV shows and movies. They include Chelsea Lately, Chappelle’s Show, Jimmy Kimmel Live!, Law & Order, Boston Legal, Raines on NBC, Maron, Whitney, Horace and Pete, The League on FX, Showtime, Comedy Central, The Punisher, Across the Hall and many others.