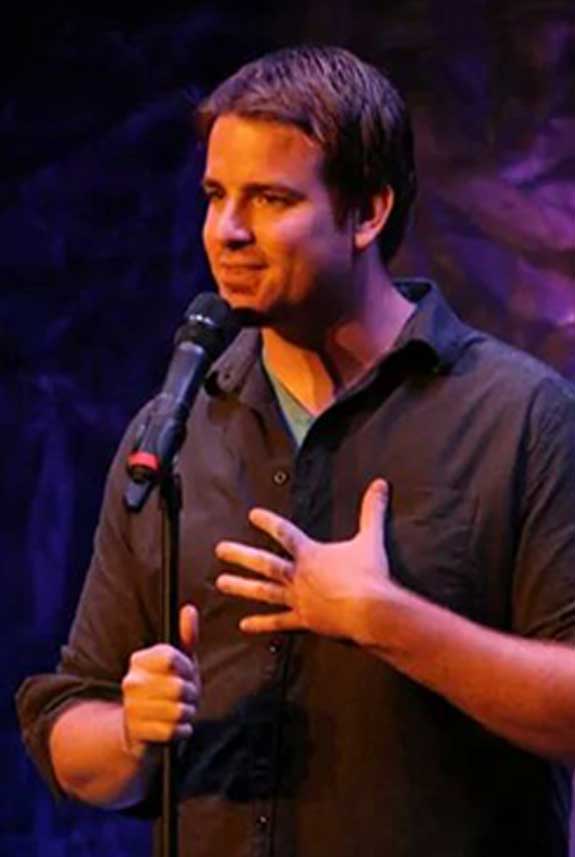 Devin Siebold is certainly a comedy force to be reckoned with.

First off, Devin was named 2015 iHeartMedia Monster’s in the Morning Comedian of the Year. Other accolades include, winning the Boston World Series of Comedy, winning Side Splitters Comedian of the Year 2014, and being selected for Comedy Central Up Next. Lastly, he was a semi-finalist in Florida’s Funniest Comedian. You can also see him in Laughs on FOX.

Devin delivers an endless supply of intelligent, clean humor. As a result, he appeals to all demographics. He has a unique wit-filled style to his delivery. In turn, he leaves audiences engaged and rolling with laughter. Most importantly, he prides himself on being highly original and thought provoking. He pulls material from an array of topics. Icluding: his past dating experience, love of theme parks, and spending ten years as a school teacher in Florida.

Not to mention, he has opened for many great people. Those include, Gilbert Gottfried, Pauly Shore, Nick DiPaolo, Loni Love, and many others. He tours nationally and works all the major comedy club brands in the country. Devin headlines many private communities. In contrast, he also has the pleasure of performing corporate events. He performs for the annual meetings of Clinicon, and Narcotics Anonymous. Last, but not least, he headlined the National Firefighters Convention in Indianapolis.