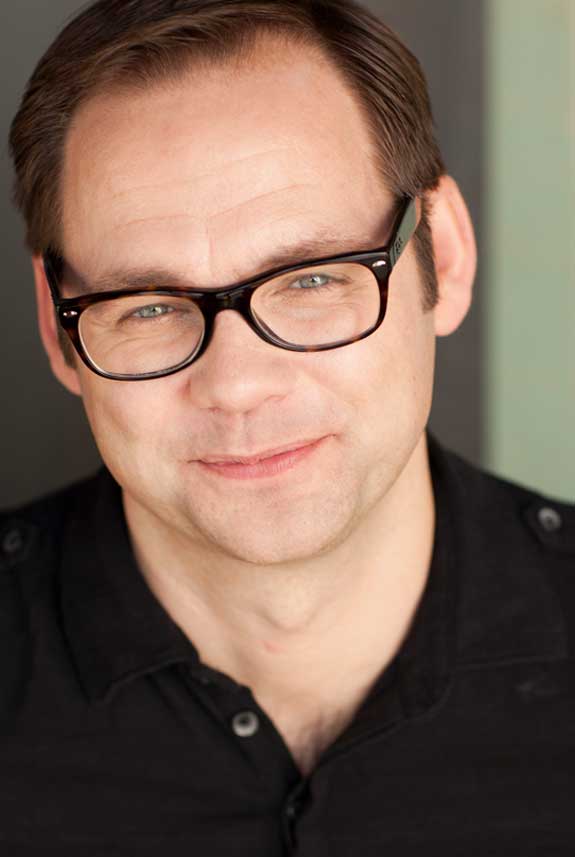 Derick resides in Chicago, but is originally from Montreal. In Chicago, he performs stand-up and studies improv at Second City.

Derick is a favorite of the Just For Laughs festival. He appeared there five times! His most memorable appearance there was in 2005. He made such an impression, he was offered a one-hour television special. Notably, this was after only five years in the business. The special was so successful it earned him his first Canadian Comedy Award nomination!

However, Derick is most known for his character performances. One of his most popular skits is his German Father Routine. He later turned the routine into a critically acclaimed, one-man show entitled: “My German Father.” Derick followed with his second award winning show in 2007. It’s entitled “George Bush: Live Press Conference”.

In addition, Derick can be seen performing stand-up comedy in clubs all across North America. Similarly, he is a favorite at corporate events. He performed for such corporations as Reebok, GM, and Accenture.

Notice: Trying to get property 'ID' of non-object in /home/bonkerz/public_html/productions/wp-content/themes/Bonkerz-Child-Theme/class-wp-widget-tag-list.php on line 70
FOXFOX's LaughsJust for laughs
Request Booking Info