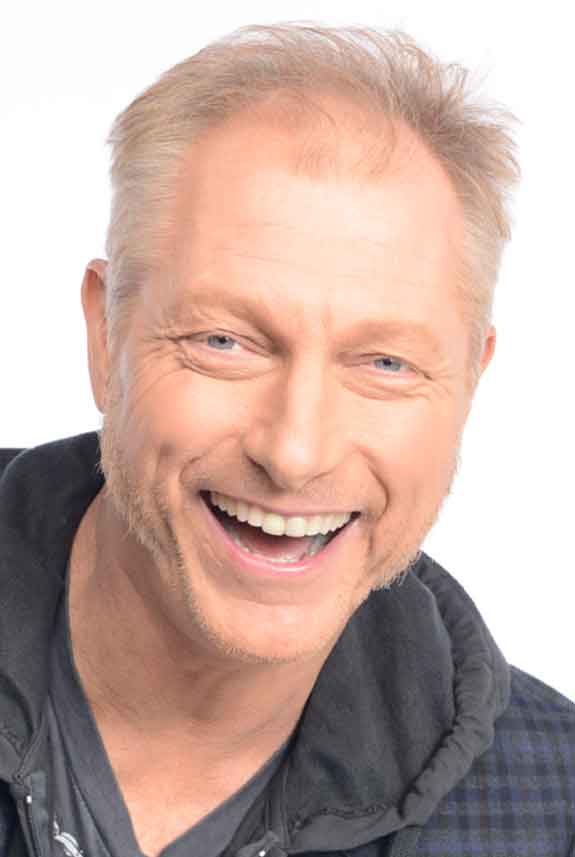 David Kaye is a hilarious stand-up comedian with a career spanning three decades of corporate, college and comedy club performances. His tongue-in cheek delivery stays within the bounds of good taste. His long list of credits includes performances for Fortune 500 Company events, as well as national television appearances on Comedy Central and ABC.

David Kaye was born in Pittsburgh, PA. Thus, he shares his side-splitting tales of his dysfunctional family affairs, and blue-collar upbringing. As a result, audiences laugh out loud at his wacky antics. As the last child born to a Polish steel mill worker and a Ho Jo’s waitress, his ironic recollections of life as the “baby brother” are candidly funny. “I grew up believing that my parents were not prejudice people. However, looking back at all the beatings I took as a child, I now realize my parents hated white children.”

David’s tongue-in-cheek observations have continued to set off spirited laughter and applause. He has performed in corporate boardrooms, college rathskellers, and smoky nightclubs throughout the country for over fifteen years. Kaye is a former mechanical engineer and more recently, a trained thespian. With this, David imitates life with countless comical accounts. On stage, he acts as both the narrator and cast by morphing into a one-man comedy troupe. To do so, he uses manic mannerisms, outlandish dialects, and contorted facial expressions to convey vividly funny living snapshots of his many off-the-wall characters.

David Kaye’s many credits include performances with countless celebrities. Some of those include: Weird Al Yankovic, Richard Jeni, David Brenner, and Drew Carey. Along with television appearances on ABC, Comedy Central, dozens of commercials and industrial films, and a starring role in the independent film,” Creep”. David is the perfect headline performer for any occasion due to the fact that he always delivers huge laughs with his original wit, a rock solid act, and genuine comedic talent. David Kaye is a hilarious stand-up comedian with a career spanning three decades of corporate, college and comedy club performances.  His long list of credits includes performances for Fortune 500 Company events, as well as national television appearances on Comedy Central and ABC.

Talk about the comedy show from hell. In 1991, Pittsburgh comedian David Kaye and another local stand-up, were booked to open for a forgettable metal cover band at a theater in Greensburg. This town was unschooled in comedy club etiquette. Dominating the theater in a slick purple suit, Kaye abandoned his standard routine and charged like an episode of “When Comedians Attack.” David spent five minutes in a nonstop rant about inbred Westmoreland County rednecks and what individual loudmouths in the crowd do with their mothers. Because of this, management abruptly cut the lights and dropped the curtain on him.

“They didn’t want to pay. Ha! I had to talk the booker into giving us the money,” says Kaye. “I actually picked her up and turned her upside down and shook her, but she paid me. You could call it assault, but when the guy’s wearing a purple suit and his hair is standing on end, it’s just fun.”

Since then, the wise guy of the Pittsburgh comedy circuit has mellowed both on stage and off. The purple suit is on hangers, the ‘do is dead, and Kaye’s retooled act pokes fun at the universal themes of work, home and family.