In the late 90’s a new generation of Bonkerz bred comedians was emerging in Central Florida.  We were simultaneously running Zuma Beach which was the hottest club in the region and growing the Bonkerz brand at the same time.  One of the Zuma employees told us that her boyfriend was really funny and we should put him on stage for one of the open mic nights.  His name was Daniel Tosh, but at the time he went by the stage name of “DT”. We invited DT in for open mic and a bunch of the Zuma and Bonkerz employees showed up to show their support.

Most of the time when an employee’s “really funny” friend goes on stage in front of an audience, it does not go well.  DT was definitely the exception to the rule.  His rant on Shaquille O’Neil and a jar of Vaseline brought down the house.

We immediately started working with him and he was working comedy clubs professionally within months.  DT was headlining some of our first casino gigs within 2 years and is another great comic on the list of those who got their first comedy paycheck working for Bonkerz. 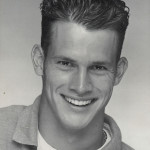 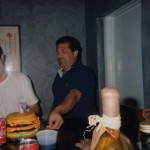