Bonkerz Comedy Club owner, Joe Sanfelippo, was one of the first in the business who recognized the potential of the young, red-haired son of a NASA rocket scientist.  Joe ignored the comments of many of the local comics who hated prop acts and didn’t think they were legitimate comics. He could tell this guy was funny because the crowd was laughing their butts off.  The young comic? Carrot Top.

Carrot Top began his career performing at open mic nights at the Bonkerz in Orlando, FL, in the late ’80s.   Joe recalls, “Our club was the first place that was willing to pay him as a performer. He worked with us extensively for the first three years and then broke out as a national sensation.”  Joe remembers the reaction.  “The other comics in the club would stand in the back room and go ‘its prop comedy. It’s not real comedy.’ The comics would deride him and I would say, ‘Listen, what are the people in the audience doing right now?’ They said, ‘Well, they’re laughing, but they don’t know any better.’ My response, ‘How can they not know any better? They’re laughing and they’re paying the bills.’ ”

These days both Joe and Scott live in Las Vegas and get together regularly for lunch and dinner or just to hang out with friends and family.  Carrot Top is still featured at Bonkerz Casino venues when he takes a break from headlining the Luxor Casino on the Las Vegas Strip. 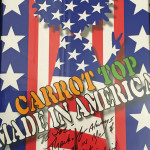 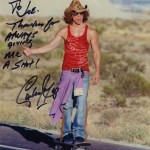