Most of today’s TV audience knows Billy Gardell as the star of Mike and Molly and Monopoly Millionaire’s Club.  Our story runs a little deeper.  In 1987, Joe Sanfelippo was standing in the parking lot of the original Orlando Bonkerz talking to his brothers, John and George, when this big kid who looked like a high school football star walked up and asked for a job out of the blue.

He was a senior in high school who swore he was 18 (more on that later) and wanted to be a comic more than anything else in life.  He was convincing about being willing to do anything we needed.  I asked if that included taking out the garbage, answering phones, working the door and the kitchen, and running errands.  He said he was working the loading dock at a local big box store and his back was already shot, so yes…. whatever it takes.

Billy was hired on the spot and to this day is one of the best employees we ever had.  As a side effect of his “job” he became the house MC almost immediately and by 1990 was featured in a Bonkerz stand-up special on The Showtime Network and was already headlining Bonkerz locations.

We have so many Billy memories we couldn’t begin to list them all, but one of the funniest has to do with his age when he started.  Every week we would ask him to bring in his ID so we could do “paperwork” on him and every week he had a new excuse why he forgot it.

One day he came up to me with a guilty look on his face and wanted to talk. Before he could get the words out I looked at him and said “Don’t tell me today is your birthday and you finally turned 18?”  He responded “You knew all this time and just tortured me every week for the last 8 months???”  After we all got done laughing we went out for a huge dinner.  Big shocker!

Fast forward 29 years later and Billy is still a close friend who is now our most requested celebrity headliners for our theater and casino venues.  One thing that has never changed is how much fun it is to still be able to work together.  BTW, the huge dinners still continue to this day! 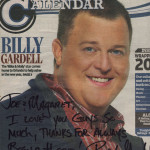 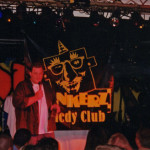 Billy Gardell at Bonkerz in the Why Not Lounge 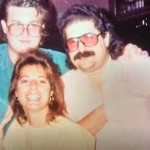 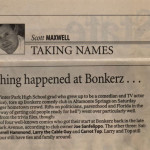 Billy Gardell Review by Scott Maxwell in the Orlando Sentinel