Shortly after opening the first club in Milwaukee, we decided to book the most controversial comic of that time, “The Dice Man” now known as Andrew Dice Clay.  Dice convinced us that even though we would have people walk out the first few nights (and they did) those who stayed for the show would be back that weekend with lots of friends.  He was 100% on the money.

After the first booking we started bringing Dice back for 2 or 3 weeks at a time.  Not only were his shows a big success, but the press that came with bringing him in was a huge added bonus.  After transitioning to Orlando a few years later Dice was doing HBO specials and repeated TV appearances.  During that time, he was very particular about who could open for him and help him out.  The main person he always wanted was a comic he called “That Big Kid”.

He was at a point in his career where he was selling out Madison Square Garden, but continued to do appearances at four comedy clubs in the US that were the only ones willing to use him in the beginning.  Bonkerz was one of those four and his loyalty helped put us on the map.

On December 2, 1989, Dice sold out the Orlando Arena which held around 17,000 people.  That night he sent a limousine to bring Joe, John and George back stage to hang out with him at the concert.  At the end of the show he surprised us by bringing us all onstage and telling everyone in the crowd how we believed in him when no one else did.  He went on to invite the entire crowd to Bonkerz Orlando, which sat 400 people to hang out with him that night.  FIVE THOUSAND people showed up, so about 4600 of them got turned away at the door.  It was insane and of course once again the publicity was awesome.

We still see Dice in Las Vegas and recently we all got together back stage at Treasure Island Casino. “That Big Kid” a/k/a Billy Gardell was headlining TI that night and Dice came by to congratulate him! 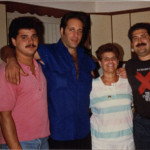 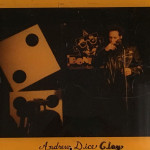 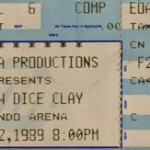 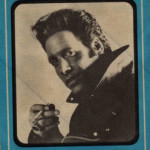 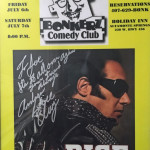