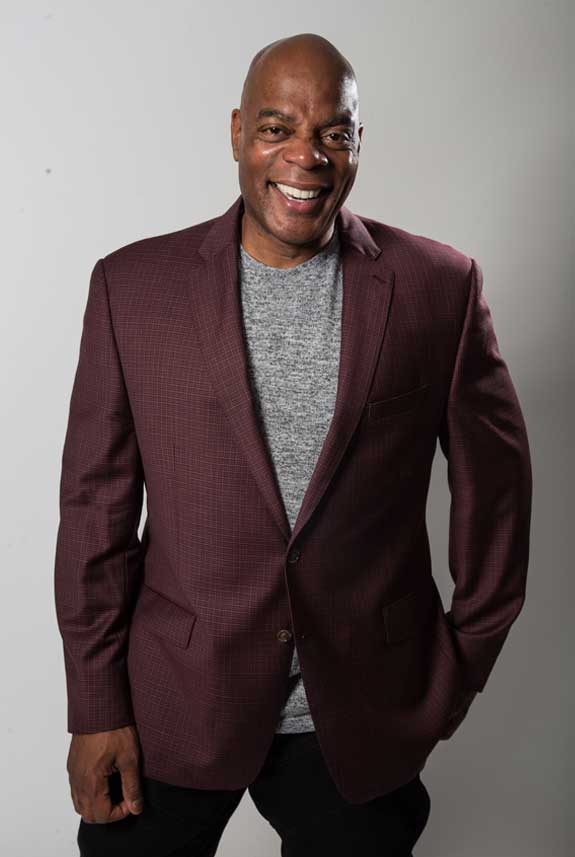 Alonzo Bodden has material that is “cynically good natured.” Well, the older he gets, the less good natured it’s gonna be.

“What can I say? The stupid out there is wearing the man down.”

Bodden, who won Season three on NBC’s Last Comic Standing, is a regular on NPR’s “Wait Wait…Don’t Tell Me!”, and “Comedy Congress,” as well as being a panelist on the Game Show Network’s “Mind of a Man.”

Notably, he starred in the comedy special “Who’s Paying Attention” on Showtime in 2011. He released a DVD, and hosts a podcast of the same name. That same year, he was a panelist on the syndicated show, “Inside the Vault,” and voiced the character of Thunderon in the Power Rangers movie.

In addition, Bodden has hosted Speed Channel’s, “101 Cars You Must Drive”, and “America’s Worst Driver” on Travel Channel. Alonzo’s first big comedy break came when he was on the “New Faces of Comedy” showcase at industry festival, Just For Laughs in Montreal.

Alonzo has made the rounds on the late night television circuit. Including appearances on “The Tonight Show with Jay Leno,” “Late Night with Conan O’Brien,” “The Late Late Show with Craig Kilborn,” and “The Keenen Ivory Wayans” show. His film credits include “Scary Movie 4,” “The Girl Next Door,” and “Bringing Down the House” starring Steve Martin and Queen Latifah.

Last but not least, Alonzo has traveled around the world entertaining USO troops from Iraq to Greenland.