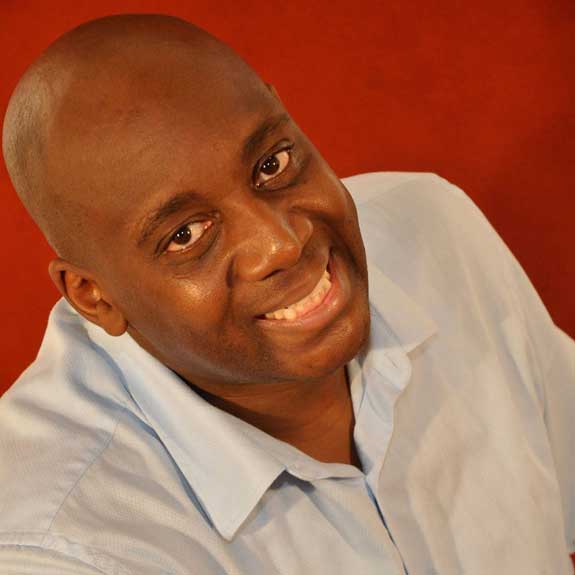 James “Bigfoot” Scott as seen on NBCs This is Us, Oceans 8, Pawn Stars and more, with Warren Durso

Big Foot is one of the top comedians working today.  James “Big Foot” Scott has been on TV and film as well as headlining the top comedy venues in the country. From Cleveland, Ohio now living in Las Vegas at 6ft 3 inches James carries a 250lb frame and stands in size 15 shoes. He is a mountain of a man with a sense of humor to match. He is often referred to as the Gentle Giant. James’ material is pretty mainstream and certainly hilarious. James’ journey was a rough road to stardom from losing his mom to breast cancer, a loss of a basketball teammate in college, to murder, surviving the economy and his car getting stolen back in June ‘05 while doing a comedy tour on the road.  By the grace of God, he got his car back. Now, his career is starting to grow and he is enjoying his journey. James got his start in a comedy club as a security/ usher while getting stage time and attending a police academy during the day in the spring of 1999. James decided to continue doing stand-up comedy and during his career got great advice from Gallagher, Rocky Laporte, George Wallace, Louie Anderson, and many more…