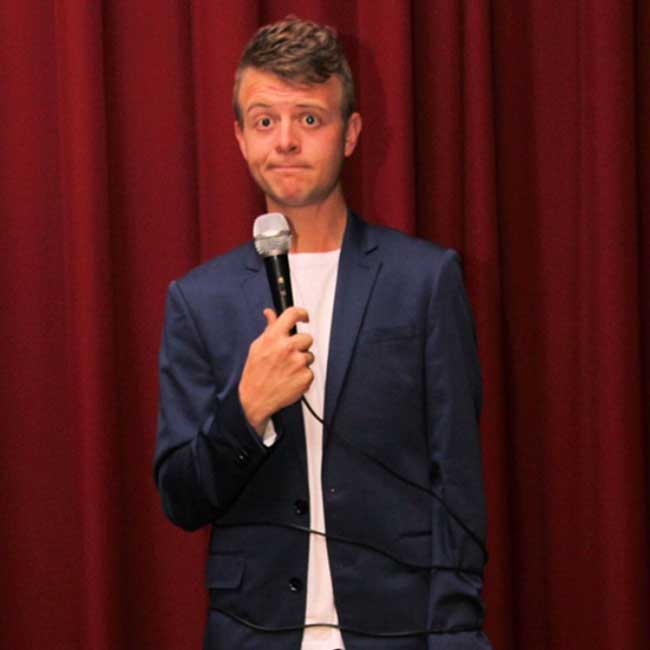 Derrick Knopsnyder as seen on NBC, with Andreas O’Rourke

Derrick Knopsnyder officially made his start doing stand-up comedy after his freshman year in college, at the age of 19, and he never looked back. Since then Derrick has become one of the fastest rising comedians not only locally but throughout the US, and is the youngest comedian to be a regular feature act at his home club. Being a young comedian, Derrick uses his boyish charm and quick wit to connect with audiences all over, but it’s his awkwardness that keeps them laughing all through the night, making him a fan favorite wherever he takes the stage. In 2010, Derrick started out with a dream of being a stand-up comic, and six short years later he’s living that dream. Since then he has had some success in the comedy industry, such as winning The Stand Up To Cancer Comedy Competition in Huntington WV, and was most recently named a finalist at the Cleveland Comedy Festival.