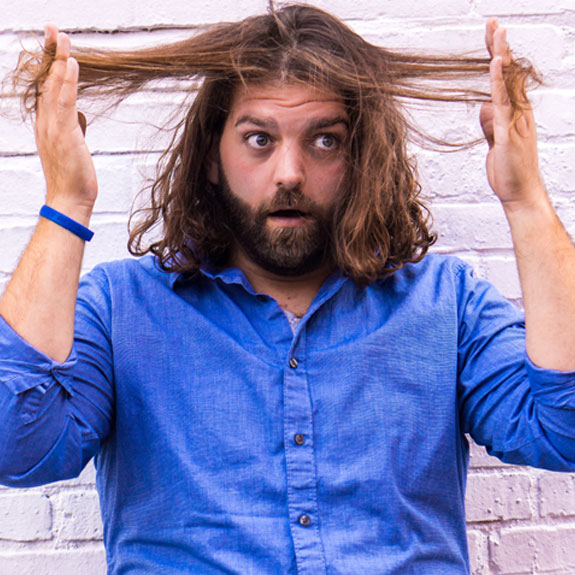 David James Spaliaras is a professional touring stand-up comedian and actor from Valparaiso, IN.  He graduated from Indiana University with a B.A. in Theater.  He also graduated from the conservatory program of improv acting from the legendary “The Second City” in Chicago.  David has appeared on NBC’s Chicago Fire and Chicago PD.  This quick witted long-haired goofball always keeps you wondering where his hilarious mind will go next.  David James Spaliaras is a star in the making and plans on being super famous spending most of his time focusing on his ego!