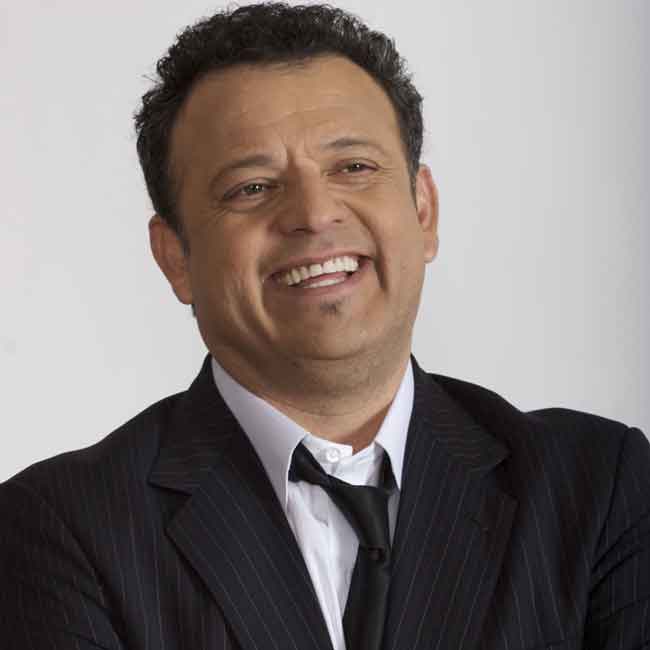 Longtime comedian Paul Rodriguez has been making audiences laugh around the globe (in Spanish and English) for nearly three decades. His unique brand of humor is a perfect blend of his Latin heritage, the American dream and his undeniable universal appeal.

As an actor and comedian, Paul Rodriguez’s multi-faceted career includes starring roles and appearances in over 45 films and countless television series and comedy specials.

Voted one of the most influential Hispanics in America and awarded the Ruben Salazar Award by The National Council of La Raza (NCLR) – the largest national Hispanic civil rights and advocacy organization in the United States – Rodriguez has remained a constant force in his community and the world of comedy throughout his career.

Rodriguez’s film credits include Without Men, Cats & Dogs: The Revenge of Kitty Galore, I’m Not Like That No More, Rat Race, Beverly Hills Chihuahua and several more popular motion pictures. But Rodriguez hasn’t limited himself to performing in feature films …

Rodriguez has also displayed his talents for numerous television programs, including The Wanda Sykes Show, The Tonight Show with Jay Leno, Last Call with Carson Daly and Politically Incorrect. Additionally, he has guest-starred in several television series, including Kathy Griffin: My Life on the D-List, Shaken Not Stirred, DIRECTV’s Supreme Court of Comedy, Showtime’s original series Resurrection Boulevard and American Family.

The multifaceted entertainer recently wrote and performed his first-ever one-man show “Just for the Record” In this tell-all theatrical piece, Rodriguez takes audiences on a journey through his remarkable life, including his childhood in Mexico, his family’s move to Compton, California, his illustrious career and the significant relationships that helped shape his life along the way.

Tickets start at $39 per person.