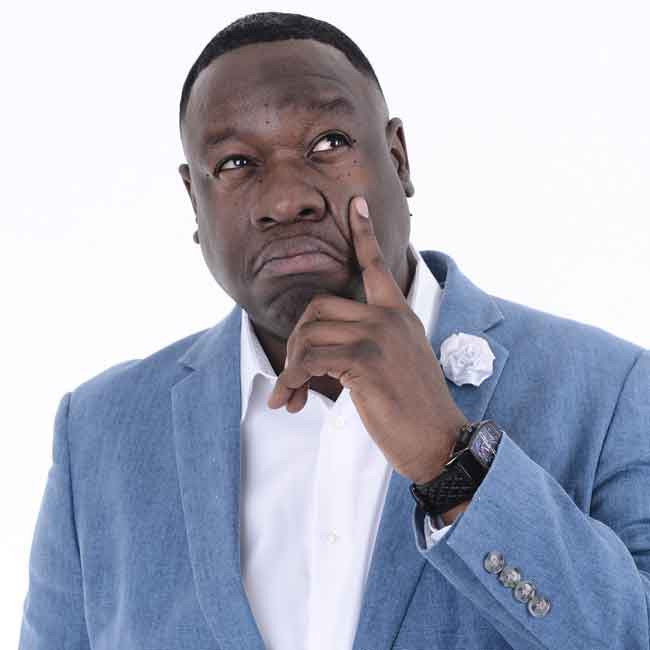 Piper the Comedian from the film Paradise House, Kevin Hart Presents : Hart of The City and more, with Eddie Green

When Piper the Comedian asks, “Won’t He do it”, the comic’s signature inquiry invites an enthusiastic “If you let Him!” from crowds who flock to his performances. For Piper, the mantra is not just a catch phrase ripped from the pulpit; it is the inspiration behind the charming gregarious style that keeps loyal fans coming back. Born in Baton Rouge, LA, Gerald Piper is a decorated Navy veteran who always respected the art of comedy. However, after sharing the stage with comic legend Bernie Mac, he realized making people laugh was his calling. The humorist with the smooth baritone voice always had sharp comedic timing. Piper (inspired by his mother’s spontaneous sense of humor) mastered the art of storytelling early in life, often entertaining co-workers and family members with lively narratives spun from common everyday experiences. His gift? Finding the punch line in the ordinary, the joke in the absurd, and the humor in the pain. Piper the Comedian’s style is best described as rich Southern charm infused with blunt, quick-witted observational humor. For those lucky enough to see him take a stage, it’s comedy gold.  Piper made his acting debut in the film Paradise House. He was also featured on Kevin Hart Presents : Hart of The City.