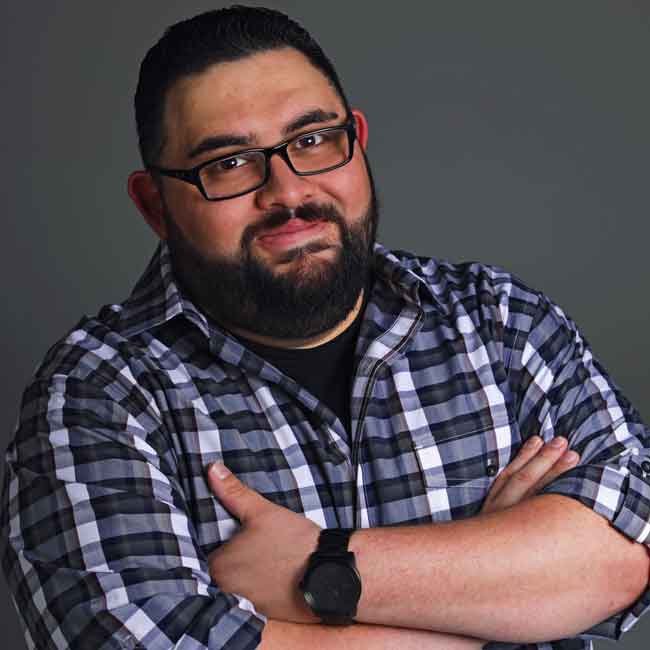 Oscar Ovies as seen on Showtime, with Tilly The Comic

Raised in Northern NV, Oscar Ovies exploded onto the comedy scene with his national TV debut in 2010 on Showtime’s “The Green Collar Comedy Show”. This lifetime funnyman brings a sarcastic and admittedly nerdy view of the world onstage and has been featured on Comedytime.tv and as the co-host of the late night comedy show “The Half Hour Happy Hour”. From Halloween to Taco Bell, racism to relationships; no matter what the subject, once you’ve seen things through the eyes of Oscar Ovies you’re not likely to see it the same way again.