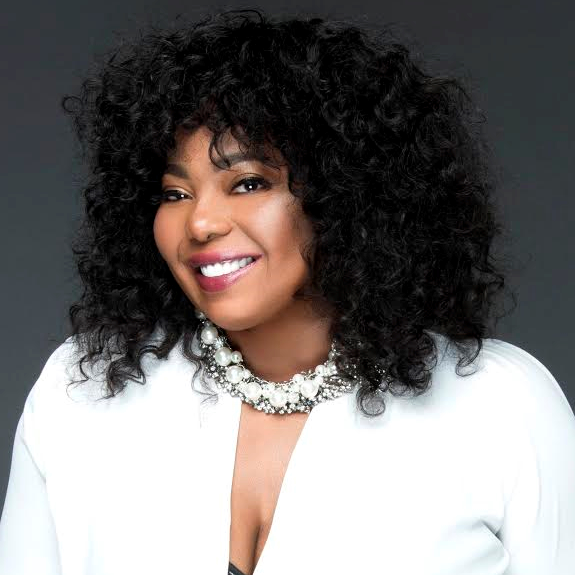 Most notably known for her lead role in the film Tyler Perry’s The Single Mom’s Club and For Better or Worse on OWN network, the hilarious comedian/actress Cocoa (pronounced Co-kah) Brown treats audiences to thought-provoking humor in which she declares “I don’t tell jokes I tell the truth!” Her Grown and Evolved Woman delivery both on stage and on the screen have landed her in supporting roles such as FX’s American Crime Story, NBC’s Marlon, and most recently FOX’s critically acclaimed 9-1-1 and the Mindy Kaling’s life inspired Netflix series, “Never Have I Ever”. She also appeared on the new 50 cent/Starz cable network series, “BMF: Black Mafia Family”. Cocoa has had guest star roles on several other notable projects including 2 Broke Girls, Psych, The Soul Man, The Neighborhood, Breaking Bad and the movie Ted 2. Cocoa has a style that relates to both women and men and an energy and warmness on and off the stage and screen that has earned her the respect and love of crowds and colleagues alike. There is no doubt that you will see Cocoa Brown continue to take her life and her career by the reigns and maneuver it on her own terms and what will manifest from that will blow your minds!