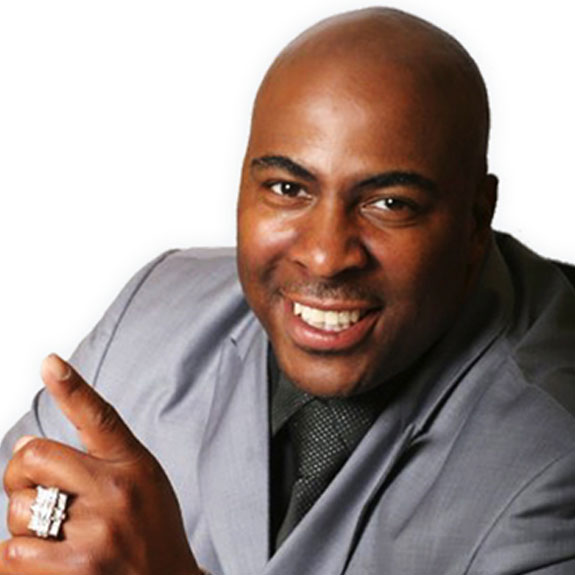 Capone, host of Harlem’s legendary Amateur Night at the Apollo Theatre, and much more

Derrick Lee aka Capone is the Gangster of Comedy. He began his standup comedy career in 1992 when a promoter friend challenged him to take his innate talent off the streets and to the stage. Performing with professionals such as Tracey Morgan (Saturday Night Live), Talent (Wyclef Jean’s 1998 The Carnival), Michael Epps (Next Friday) opened up many doors for the boisterous budding comedian. Capone’s ability to adapt to any audience has made him a mainstay in the comedy arena. He’s performed at a slew of comedy clubs including New York’s Caroline’s Comedy Club, Uptown Comedy Club, Boston Comedy Club and tons of universities. It is this same universal comedic flair that helped Capone nab his gig as the host of Harlem’s legendary Amateur Night at the Apollo Theatre. “My jokes are personal -relationships, children, society, work, ethnicity,” admits Capone who also hosts the majority of the Apollo’s scheduled concerts. “I transform it into a comedic vision.”