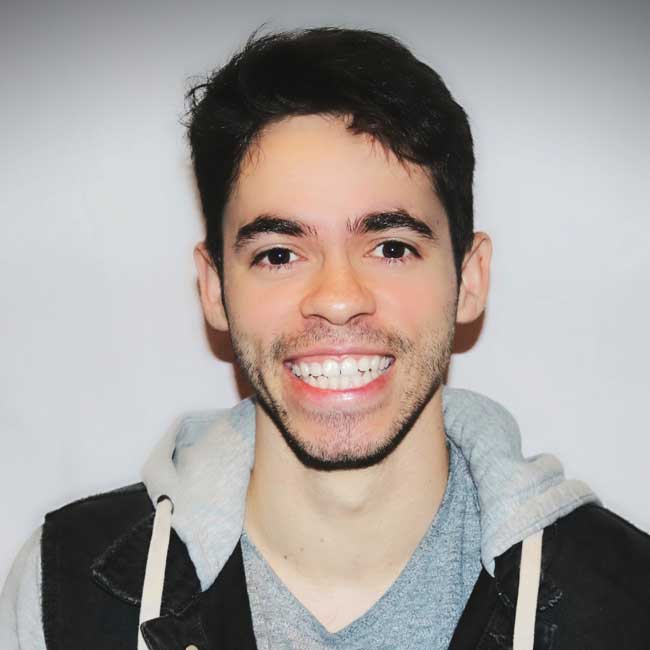 Ben Brainard, star of The Table on TikTok, Instagram & more

Ben Brainard is a comedian with a natural ability to make any crowd laugh. Originally from Daytona Beach, and now living in Orlando, Ben has toured across the country. He’s also produced several shows for Army Reserve units. During quarantine, Ben found viral success producing “The Table,” a sketch comedy series about how the various states of the US are handling current events.

Since a very young age, Ben has been “the funny kid,” or at least, “the kid that will cheer you up,” but, oddly enough, standup comedy was never really a part of his plan. Before his junior year of high school, Ben won an “Engineering Scholars Program” scholarship and literally did rocket science for a summer. As a senior in high school, Ben played 3 sports, took AP and honors classes, and won student body President as the presidencies for the FCA and The Academy of Drafting and Design. For a year and a half after high school, he majored in mechanical engineering and double minored in physics and CAD/CAM at Embry-Riddle Aeronautical University in Daytona Beach. Then, one day, he got bored of calculus, dropped out of school, joined the US Army Reserve, moved to Orlando, and started doing standup comedy. Ben has always said “yes” to opportunities, and his “I’ll try anything once” attitude has ultimately led to some hilarious stories and an irrationally high 26 different jobs since he turned 16. Ben has done everything from work a drive-thru at Chick-fil-A to drive a bus for the YMCA after school program, and now he takes the stage to tell all about everything he’s done and seen and make you laugh along the way.

Standing at only 5’5 and weighing in at 125lbs, Ben is not an intimidating presence, but don’t let his size fool you! He packs some serious punchlines! From jokes about his stature to hilarious stories about dating, jobs, general life mishaps and even his crazy family, Ben is sure to have you laughing until your sides hurt!

Inside Rocks Lounge, 21 & Up Welcome, 8pm Doors,
Important things to note: Some concepts and language may be offensive. Content and opinions expressed in the show are not representative of Red Rock Resort or Station Casinos, LLC.