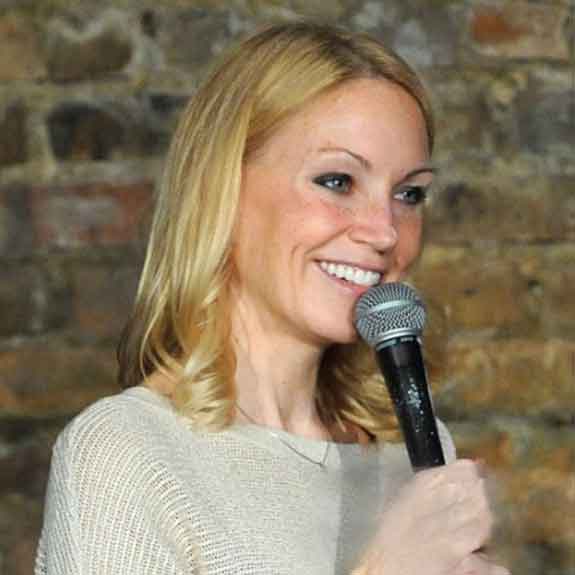 Ryan Reiss is a stand-up comedian, writer and actor based in New York City. Ryan began his career as a comedian while attending NYU, and quickly became a favorite act on the scene. Ryan’s quick wit, instant like ability and unique way of engaging any audience have made him one of the most sought-after comedians in the New York Clubs, and a favorite TV warm up performer. Ryan can be seen daily entertaining NBC studio audiences. When not performing live, Ryan has been seen as a Host on WE’s hit series “Three Men & a Chick Flick”, “Gotham Comedy Live”, “Late Night with Seth Meyers”, “The Today Show” and “Netflix”. In addition to his television appearances, MTV took Ryan to Cancun where he wrote and produced “Jimmy Fallon & Drew Barrymore’s Spring Break Face Off”. He is currently a contributing monologue writer for “Late Night with Seth Meyers”, and a writer and host for Buzzfeed News. He has been featured in Montreal’s Just for Laughs Festival & the NY Comedy Festival.

Alli Breen hosts the Dear Alli segment for the Bob and Tom show and is a frequent guest on Sirius XM. You’ve seen her on Kate Flannery’s “Stand Up in Stilettos”, ASX’s “Gotham Live”, FOX’s “Laughs”, FOX’s “Red Eye”, “Kennedy”, “Fox and Friends”, and “Comics Unleashed with Byron Allen”. Alli performs all over the country and across the world. She won the Laughing Stock Comedy Festival in Salt Lake City, UT, was one of the “New Faces” in the Just For Laughs Comedy Festival in Montreal, and recently returned from her fifth overseas tour entertaining the troops.