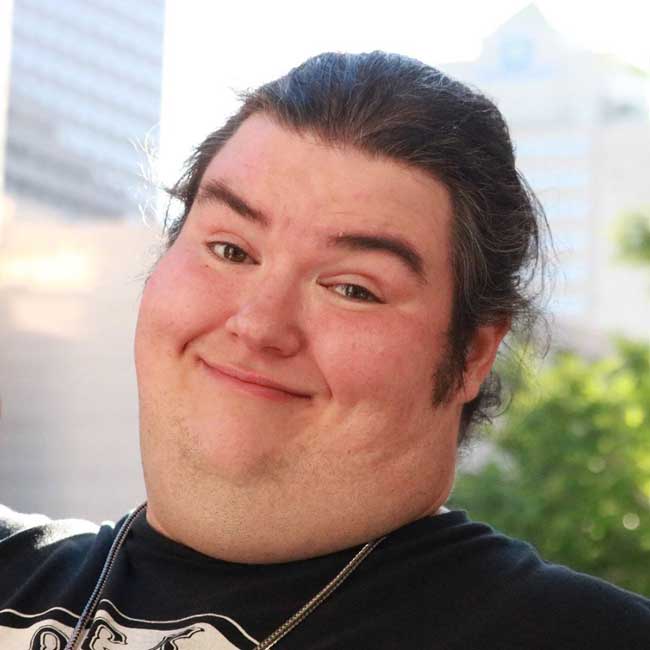 Alex “Koolaid” Ansel as seen on CBS, NBC and FOX, with Amir the Americle and Jimmy McMurrin and MC Josh Giordano

Within a year of Circuit City Closing down, Alex Ansel went from selling TV’s to being on TV. A Lifelong clown, Born in Texas just to spend the first 10 years of his life in Germany. He then spent his adolescence in various air conditioned buildings perfecting his videogame high scores. A Nerd of Texas size proportions, it was in Middle School where he was christened with the Nickname KOOLAID. Figuring there were worse nicknames to get, he stuck with it ever since. Alex’s appeal is wider than most, He’s a Fat guy from a Hispanic City, that dresses like a rapper, has 2 Dads that are married….to each other and family in the Military. It is all these experiences that Alex aka KOOLAID draws from and helped him win his first Comedy Competition in 2010 with the Title “Funniest Person in South Texas”. He is the youngest comedian to have won the Title. Alex has appeared on CBS, NBC and FOX. Recently Alex has performed at the 2012 Boston Comedy Festival and won RAWartists “Performer of the Year” in San Antonio. What does Alex want to accomplish throughout all this? To live up to his namesake of KOOLAID by putting smiles on faces and getting people to say “Oh Yeah”.